1. Hitting out at the opposition parties, Agriculture Minister Narendra Singh Tomar said “Everyone knows that water is required for farming, but only Congress can practice ‘khoon ki kheti’. The BJP can never do so.”
2. Rakesj Tikait Warned people present at Ghazipur Border that nobody will speak against PM Modi in this protest.
3. There will be no road blockade in Uttar Pradesh and Uttarakhand on February 06, and roads will be blocked in rest parts of the country excluding Delhi, informed Rakesh Tikait.
4. A PIL has been filed in public interest at the Calcutta High Court against the Bharatiya Janata Party (BJP)’s proposed ‘Rath Yatra’ in West Bengal.
5. National Students’ Union of India launched a campaign to collect money from students for the construction of Ram temple in Ayodhya.
#FarmBill2020​ #RakeshTikait​ #ChakkaJam​ #BengalElections​ #RamMandir​ #KhabroKaPanchnama​ #CapitalTV​ #CapitalTVOnline 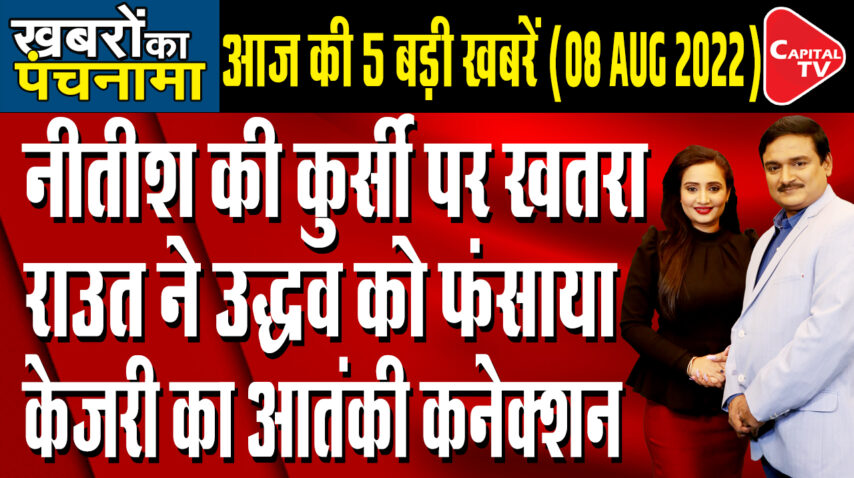